On September 11, the President of Belarus Mr. Alexander Lukashenko met with Belarusian researchers during his visit to the National Academy of Sciences. 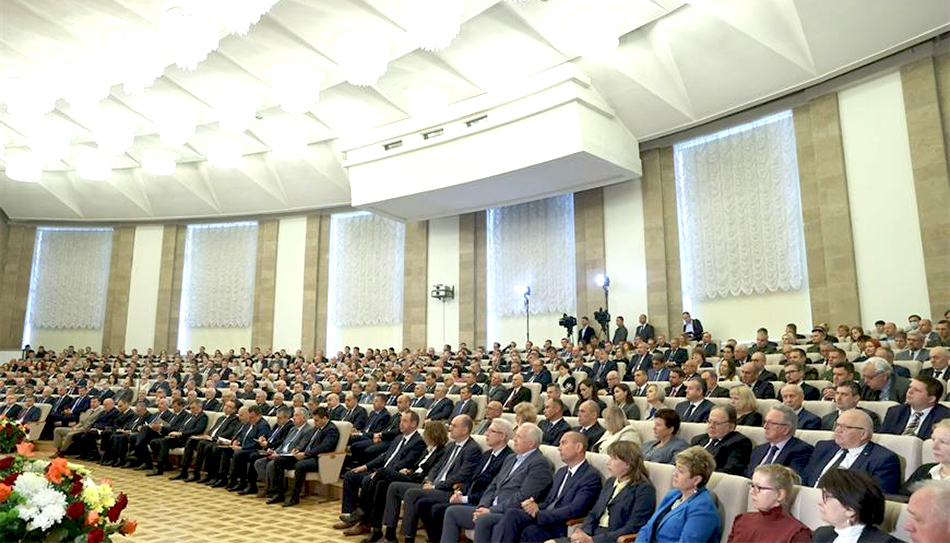 “I remember that short period of time when I had to do science and up to this very day I respect researchers who devoted their lives to science. These are amazing people, because no job is more challenging than this. I am fully aware that scientists are not just incredibly smart people (no matter how clichéd it might sound) who see things from the perspective of their expertise and knowledge. These are people who have practical wisdom, who sincerely love their homeland, because they serve the science and people”.

The President also noted that over the past few years remuneration conditions for employees of budgetary scientific organizations have been improved, scholarships for graduate students and doctoral students have been increased, and additional payments to pensions have been established for those who have an academic degree. “We will pursue this direction, as far as economic factors allow us,” the Belarusian leader assured.

In addition, the procedure for commercialization of scientific and technical activities’ results has been optimized, the legislation in the intellectual property field undergoes constant development.

“A fundamental step to the future scientific five-year plan has already been taken. In May, following your proposals, uniform priorities for scientific, technical and innovation activities were approved,” the Head of State added.

It should be noted that the meeting was also attended by the Chairman of the State Committee on Science and Technology Mr. Alexander Shumilin and the Director General of the National Center of Intellectual Property Mr. Uladzimir Rabavolau.
In his speech, Mr. Shumilin highlighted significantly increasing contribution of science to the country’s economy in recent years.

“In the last five-year period the share of Belarusian scientific developments in the state program of innovative development was 10%, in the current one it already amounted to 36%, and in the next five-year period we are determined to bring it to 50%,” said the head of the State Committee on Science and Technology.

Based on the BelTA materials.