On April 20-21, 2021, a meeting of the Working Group on Military-Economic Cooperation was held under the chairmanship of the Head of the Interstate Commission on Military-Economic Cooperation (ICMEC) of the Collective Security Treaty Organization (CSTO). The National Center of Intellectual Property was represented by the Deputy Director General Aliaksandr Zayats and Head of the Industrial Property Law and Treaties Division Arthur Karayev. 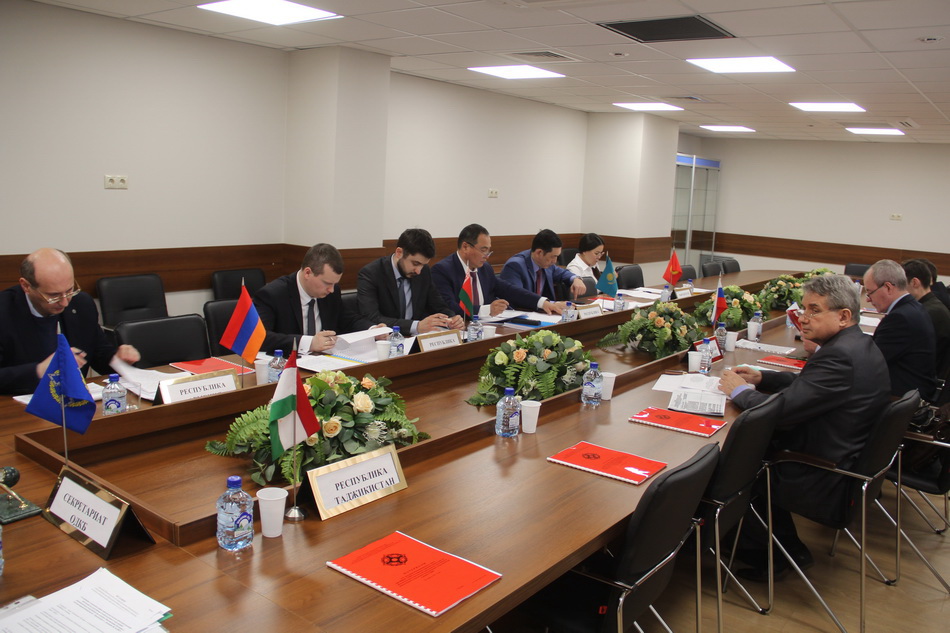 Participants discussed the implementation of decisions of the XVIII ICMEC meeting held in November 2020, and also considered a number of important issues that will subsequently be included in the draft agenda of the XIX ICMEC meeting planned to be held in September 2021 in the Republic of Belarus. At the same time, a number of the discussed draft documents were finally agreed on and finalized. In particular, a number of approved draft ICMEC decisions covered such topics as mutual protection of rights to the intellectual activity results obtained and used in the course of military-economic cooperation within CSTO, as well as in the framework of the arms and military equipment standardization.

Based on the CSTO materials.