Ms. Irina Chizhonok, Consultant of the Department on Legal Regulation of Civil, Ecological Relations, Licensing and Foreign Economic Relations of the Central Department on Lawmaking in Economics and Ecology of the Ministry of Justice of the Republic of Belarus, was awarded with the diploma of the National Center of Intellectual Property (NCIP) for her great personal contribution to the development of legislation in the intellectual property field. 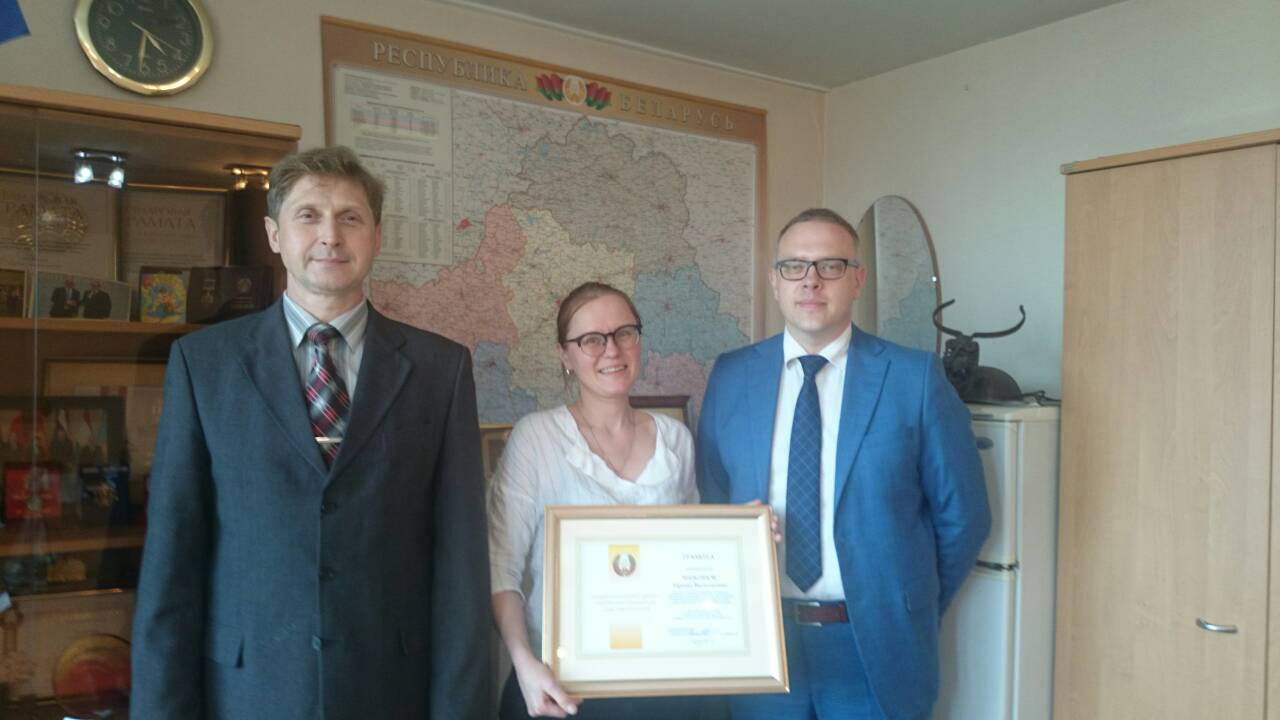 On June 17, 2020, the diploma was awarded by the Director General of NCIP Mr. Uladzimir Rabavolau during the ceremony attended by the First Deputy Minister of Justice Mr. Sergey Zadiran.

Over a long period of time, Ms. Chizhonok has been involved in legal expertise of draft laws, edicts of the President of the Republic of Belarus and regulations of the government in the intellectual property sphere. She examined more than 100 draft regulatory acts prepared by NCIP.